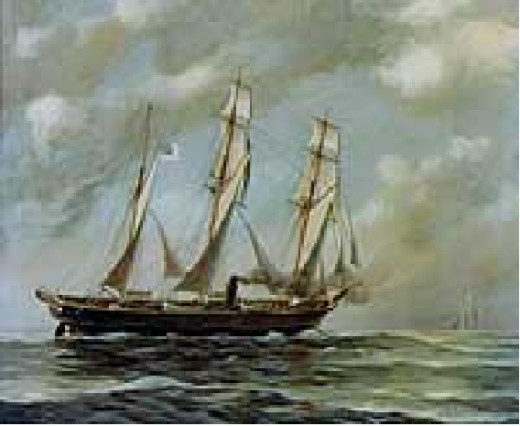 On June 19, 1864,  commerce raider, the Confederate States Ship (CSS) Alabama was sunk off the coast of Cherbourg, France. She had an illustrious career of effectively badgering and frustrating the Union navy for several years. Her short history mirrors the fight of the Confederate States’ quest for independence.

**Don’t have time to read? Click on the audio above to listen to the author read this poem.**

Out of the fog, thick as night

Guns are readied for a fight

On her prey she does bear down

Across the vessel a warning sound

Do they run or do they stay?

Do they die or bounties pay?

Perchance to live another day?

Pockets are lighter, but lives are saved

Death and burning have been staved

Only loot and pillage craved

Paid to Semmes and his men

Will terror of the sea ever end?

Sweet victory sails into the wind

Why this commerce raider? Tell, what for?

She’s a Mavor pirate, no less no more.

The cause she hailed a little spurious.

Many a merchant Yankee left furious.

Too little in skill, too much in fame,

Preying on unarmed and the lame,

Yankee cursing at sound of her name,

Men un-battle tested when it came.

One day off the coast of Cherbourg, France,

Accepting the invitation to the dance.

With a little skill, lots of hope in chance.

She came with great pomp and circumstance.

Damage final, complete, they’ll not board

Mourn the end of this marauder,

Should we sing her praises, shall we laud her?

Eight gongs were sounded on the bell,

A yet oncoming quiet of Rebel yell.

A great symbol of cause remember well.

I like salt. Those who truly know me know this fact about me. I have liked salt since I could remember. People have stopped chastising me about the use of too much salt. I simply raise my right hand and say, “Hi, my name is T.J. Allen and I am a saltaholic” though I might really be a supertaster.  I used to have salt cravings to the point I would pour salt in my hand and lick it. I would occasionally put the little salt packets from fast food places in my mouth and let them dissolve. It was a little different take on just a little pinch between the cheek and gums. My wife has accused me of salting everything. She has suspected me of salting my coffee (my second favorite thing). I haven’t, though I hear it will make it less bitter. My older brother, Bill is a salt lover too, but I feel not to the level I am. Still I think maybe he is to blame for my addiction.

Where it all began.

When we were younger, Bill and I would break off chunks of salt from the salt block our parents put out in the pasture for the horses and the cattle. The animals would lick it and it would create pointed corners which we cheerfully broke off and consumed. I did not do this deed on my own. My earliest recollections of salt recons started with following Bill’s lead. One time mom caught us breaking off the salt and demanded to know what we were doing. When we explained, she scolded us and explained that the animals licked the blocks and it was unhealthy and nasty. It hadn’t hurt us so far, but mom knows best. So we decided to be more sanitary and wash our new chunks of salt; where else but in the horse watering trough. It didn’t occur to our boyish brains that the horse trough with its green algae growing on the sides and backwash may have been just a little less sanitary than the salt licks. Hey, we survived.

I tried to quit, I really did.

When I was in basic training in the Army I decided to start eating right, whatever that meant. I had been told numerous times of the dangers of salt consumption, so I started there. I swore off salt once and for all. This was a fresh start and I reasoned I would gain enough salt from the master chefs in the mess hall. After all, it cost one million dollars to build this wonderful eating facility and surely only the best would be in the kitchen. That’s what our Drill Sergeants had told us over and over, so it must be true. To a new recruit the Drill Sergeant’s words are gospel.

The problem to this no-salt approach appeared two days later when I woke up with feet so swollen I couldn’t put my boots on. It was off to sick call for the day. I was interrogated by the physician’s assistant concerning my walking, exercise routine, and had I done anything different lately. I responded that other than joining the Army, I had stopped using salt. The PA scratched his head.

“You stopped using salt?” he asked.

“Yessir. I wanted to start eating healthy and I was told all my life that too much salt was bad for me.” I said.

“Hmm. That’s all you have been doing different?”

“Hmm. Go back to using salt and let’s see how that goes.”

“The same amount as I used to use?” I asked.

“Yes. Go back to the same amount.” He said. I must have had that “are you sure” look about me since he repeated the command. With a “yessir”, I was out of there and on light duty until I could put my boots back on. Several days and salt fixes later my feet stopped swelling and I was back in action; boots on the feet and on the ground.

Salt, it’s not for everyone.

A few years ago my wife discovered from her research (Woman’s World and such) that there are minerals in ocean water you can only get from there. (See this article from Virginia Hopkins Health Watch). These minerals, plus the amount of natural salts in the water are good for rinsing of the sinuses, it was said. Sounded good to me. I have constant sinus issues and I was up for anything to keep my battle won. As a dutiful husband I accompanied my wife out into the Gulf of Mexico to retrieve this mineral laden miracle of sinus healing. I suspect it was just a ploy to make an extra trip to the beach, yet we went. We made sure we were far enough out into the gulf to capture the best; as if we knew what the best was. It had to be where no one was swimming or sand was stirring. Forget the idea that fish and other sea creatures live and die and void in the water. Hey, can’t be much different than a horse trough, right?

That night we tried our natural sea salt rinse. The next morning, I could hardly breathe at all, much less through my nose. The condition worsened into an all-out sinus infection that drove me to see my now familiar ENT. I explained everything to him about the sea salt and how it seemed to help my wife, but me, not so much.

“T.J.” he said, “There is a small population of people that have a reversed reaction to salt sinus rinses. Though this remedy works for the vast majority, it doesn’t work at all for some, and a small percentage has an adverse reaction. You are part of that small percentage where salt rinses affect you negatively.”

“Are you saying I am not normal?” I asked.

“Salt or no salt, I would never say you are normal.” He said with a smile.

“Oh, I won’t. It pays too well. You can check out at the receptionist desk.”

You are the salt of the earth.

My name is T.J. Allen and I like salt. In Matthew 5:13 Jesus says we are the salt of the earth. I think He especially had people like me in mind. Well, maybe not. It is still one of my favorite scripture verses. I just like salt; iodized, seasoned, rock, Himalayan, or block. I like salt. I especially like being the salt of the earth. Salt makes food zesty and flavorful. We too are to add the zest and flavor of God to the lives of others as we allow Him to make us such. Salt also helps by promoting healing. We are to live in such a way that our actions and our words heal. Go salt your world today. Someone out there will like you more. 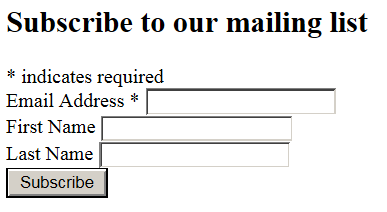