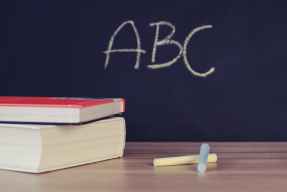 I have it said before “If you stop learning, you’re dead.” I suppose that is true. Even if it is only little trivial things, we learn something new each day. It never ceases to amaze me how God will work with His children to teach them. This is done by the Holy Spirit in a variety of ways.

“Wow!” You might say, “Are you telling me God audible speaks to you?”

My answer is that the voice of God is more than audible. I don’t want to get onto a discussion of how God speaks in this article. I will save that for another. Here, I want to give you an example of how God was dealing with me about something he wanted to reinforce.

I awoke Monday morning with two words on my brain –“unprofitable servant.” I have to admit; I was scratching my head as my mind focused from sleep. Was God calling me this? Was there a lesson to learn? Was he reinforcing something I had learned? I mean, I had been reading the book of James, and I didn’t remember coming across that term or concept there.

As I went about my morning routine, the words would not go away. I poured a cup of coffee. I asked the Lord what he was trying to tell me because I was clueless. No answer. Well, ok. I went out to feed our animals. After everything had been fed, and still getting no answer to my musing, I just stopped and thought about what the phrase could mean. Not that my chickens had an answer. They are worse theologians than conversationalists.

I did what any modern-day Bible scholar would do – I googled it. The scripture passage Luke 17:7-10 came up in the search engine. In this passage, Jesus is speaking to his disciples and explains when a servant should come in from the field, the master would not tell him to sit at the table and be served. Rather, the master would instruct the servant to get cleaned up and serve the master. The master will not thank the servant for doing what his duty is – this is expected service. Jesus tells the disciples to be like the servant and do their duty because it is expected. Oh, and by the way, they shouldn’t expect anything more and to call themselves “unprofitable servants.”

“Okay, Lord.” I said, “Seems a little harsh, but I am still not sure where this is going. Was I expecting more from a situation than I should have?” As with any good study of any Bible passage, I looked at the scripture before and after. Before: Jesus is talking to the disciples about extending forgiveness. After: Luke tells the story of ten lepers who Jesus healed and only one came back to thank Jesus.

I read a few commentaries on the passage to get another view. The fog began to clear as I read on. Jesus told the disciples to extend forgiveness even if the person came to ask forgiveness seven times. The disciples responded with “increase our faith.” Jesus answered that they could do miraculous things like move mountains if they had the faith of a mustard seed.

In short, Jesus was saying “Guys it has nothing to do with faith. It has everything to do with obedience. You call yourselves servants of God (Christians)? To extend forgiveness is just your basic duty. This doesn’t require some great act of faith. It is part of the job. And you shouldn’t expect some great reward for doing it. That is true of this or anything else. In fact, your attitude should be such that it is a privilege and an honor to serve God. You should be grateful for the opportunity and recognize that without God you are unprofitable.”

The term unprofitable can also be translated as unworthy. When Jesus told the disciples to extend forgiveness, they responded as this was some lofty thing that they could only accomplish by great feats and faith, that surely only they could obtain. Jesus responded with the opposite extreme in an attempt to pull them to the middle.

In a sermon on this passage in Luke, Charles Spurgeon explains the reasonable duty of all Christians. He said that we are not to be too lofty or too lowly, but to stay in the middle. We are to be available to God to be used by God, and if we say we follow God, then we are his servants. Servants do their duty because that is part of the job and the servant shouldn’t expect anything beyond that. Christians likewise are obedient because they are servants and should have the attitude of a useful servant. When you enlist in God’s army, you are a soldier in that army and are to do what is your duty. End of story.

“Okay!” my flesh whined, “I get the point of the passage, but what has that to do with me? Was I being haughty or unworthy?” 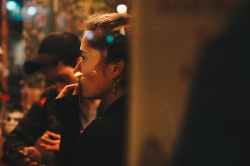 My mind wandered back to an incident the day before – Sunday. We had not gone to church that morning. We had been out of town and told folks we would probably not be back in time. My vehicle started to malfunction so we came back on Saturday night and Sunday morning, my daughter and I took my truck to drop it off at the shop for repair.

On the way home the sky looked stormy and threatened rain. A few miles from our house, the rain came in waves of water. My daughter slowed down, partly because of the rain and partly because we approached a truck with a camper attached sitting on the side of the road. The blown out tire in the middle of the road told the story.

“Should we stop and remove that from the road?” She asked. I paused. I knew we needed to extract the dead tire remnant safely, but I also wanted to offer assistance to the truck owners without endangering my daughter.

“Uh, yes,” I said. “Pull up, and I will get the tire. You stay in the car and out of the rain.” I don’t stop to help everyone, but I felt in my spirit this was a situation where I should offer help. As far as telling my daughter to stay in the car, the truth was, I used the rain to keep my daughter away from the truck and camper until I checked it out. Yes, I am a paranoid daddy. It’s my job. It’s what I do. Moving on.

I removed the blown out tread from the road and approached the truck. Inside was an elderly couple. She saw me first from the passenger side of the vehicle and motioned to her husband that I was at the window, which he rolled down. He had been looking at his phone.

“Well,” he answered, “We were trying to find someone to change the flat on the camper.”

“I’ll be right back,” I said and jogged to the car. I explained the situation to my daughter, and we obtained the scissor jack from her trunk.

Long story short – the jack barely lifted the camper. I had to strain to get it to work. Then I had to man-handle several of the lug nuts to get them off. They had obviously been put on with an air tool. Then all of them wouldn’t go back on, and I had to hand the gentleman one to have put on later. I did all this while kneeling on one of my flip-flops – in the rain; all the while knuckleheaded drivers whizzed by trying to avoid us and to pass others who were slowing down to either watch or be courteous.

When I stood up, the gentleman asked me what he owed me. I told him nothing and that I was sure someone would do the same for me someday. I put the dead tire in his truck. I cleaned up the jack and accessories, placing them in the trunk. I shook his hand and wished him well. He thanked me and then was on his way.

I was feeling pretty good as I sat down in the passenger seat of the car, except my back hurt. I thought about how our pastor had once said: “It’s okay to miss church if you are out being the church.” I was pretty pleased with myself and was wondering if this moment was a gold moment in my record. You know, the Apostle Paul said that the foundation of our Christian lives is Christ, but all that is built upon it (our actions) are wood, hay, stubble or gold, silver, or precious stones. I was jockeying for a gold moment here.

In the middle of remembering this moment from the day before, the Holy Spirit interrupted my thoughts. He tapped me on my spiritual shoulder (sometimes he thumps me in the spiritual forehead).

“Excuse me,” he said. “Weren’t you just being obedient in helping the couple? In fact, when your wife said you were a Good Samaritan, that’s what you told her.”

“Yeah, but wouldn’t you agree that was a gold moment? Maybe at least it gets a silver?”

“Or maybe ‘So you also, when you have done all that you were commanded, say, ‘We are unworthy servants; we have only done what was our duty.’”

“I didn’t thank you for the opportunity, did I?”

“Then when I thought I was being spiritual, I was really wanting extra and a pat on the back, wasn’t I?”

“I was really wanting someone to notice my good deed and compliment me Matthew-chapter-five-style, wasn’t I?’

“Man. Pride goes before a fall.”

“Will you forgive me for the wrong attitude I had toward helping that couple?”

“Thanks, Lord for the lesson, your grace, mercy, and forgiveness.”